I may lose all credibility when I tell you this, but my son has talked me into watching a few Dr. Who episodes. It’s mostly ridiculous science fiction, which is why I scoffed for a long time, but The Doctor is quirky and appealing. Then I found out he he had secret pain, having lost his entire race, including his family. Now I see him as a rich character and try to ignore the other elements of the story, like a phone booth space ship and giant alien wasps.

So I was sitting on the couch between my two menfolk, and I said, I’m going to ask you a serious question, and you have to respond because it’s my birthday. Why is it that all of the best characters have experienced deep suffering?

At that point, Caleb thought he should call his AP English teacher who would actually care about such things.

So I’ll ask you, because I can’t see your eyes roll if you think I’m goofy.

Really, don’t we love the character who, every once in a while, has eyes that cloud over with a memory hard to bear?

The character who can say, I know.

I mean, look at this picture my daughter took at a gas station late one night when she was exhausted, after a long road trip that included car trouble. 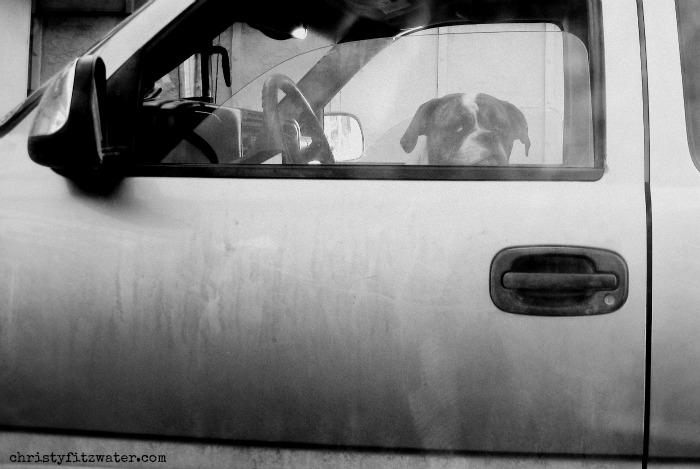 We need someone who gets what we’re going through.

It’s why we love Jesus.

“For we do not have a high priest who is unable to sympathize with our weaknesses…” (Hebrews 5:15 NIV)

It’s the best of every story, the hero who acts as much out of his knowledge of pain and struggle as he does out of any quality of character he might have. He can help because he’s been there.

Trust your story to the One with the shadow of suffering in his eyes.