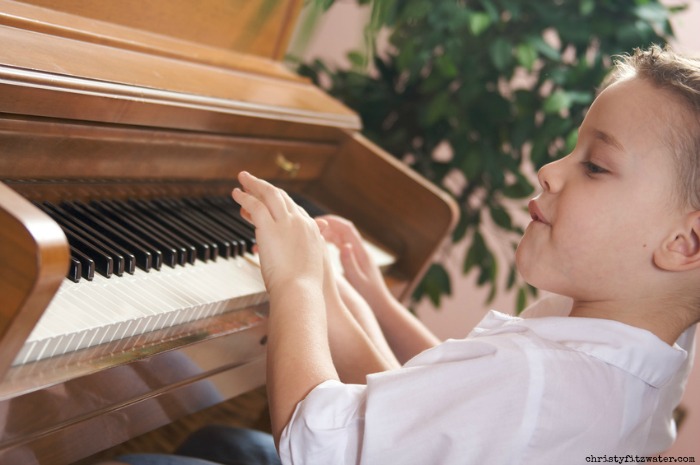 I took on a new piano student yesterday. He’s nine years old, and watching his feet swing from the piano bench made me happy.

He wasn’t so sure about this whole piano lesson thing, but his mom urged him to give it a try. I went to Sweet Peaks Ice Cream and bought him a little gift card, because that’s his favorite. When he sat down at the piano bench, I showed him the gift card taped onto the back cover of the book. I promised that is what awaits him when he finishes the book.

This made him eager to get to work.

I talked to him about the muscles in his fingers and how those muscles aren’t used to moving on piano keys. Sure enough, he had trouble pushing the keys down with those fourth fingers. He held up his hand, wiggled his fingers, and said, Yup, you’re right. Those muscles don’t want to work!

Piano lessons –not unlike our walk with Christ. It’s hard learning something new, and the muscles of the soul aren’t used to moving this way.

You know, as a piano teacher I wasn’t at all worried about the child’s bungled first attempts on the keys. We all start there. But in a half an hour of his first lesson, he was playing a song. If he sticks with it, by the end of summer those fingers will be moving up and down just fine. He’ll get the hang of it.

For those of us who know Christ, Paul assures us we “…are being transformed into his likeness with ever-increasing glory.” (2 Corinthians 3:18 NIV)

When I read this I thought, Really? Doesn’t seem like it most days.

But thank God for the word “are”.

We are being transformed. Following Christ may feel a bit awkward and like you’re getting nowhere. But I don’t think God’s worried about that. One page at a time, you’re going to work through his plan and before you know it –Sweet Peaks.

(Hey, that’s a great description of our future glory, don’t you think?) 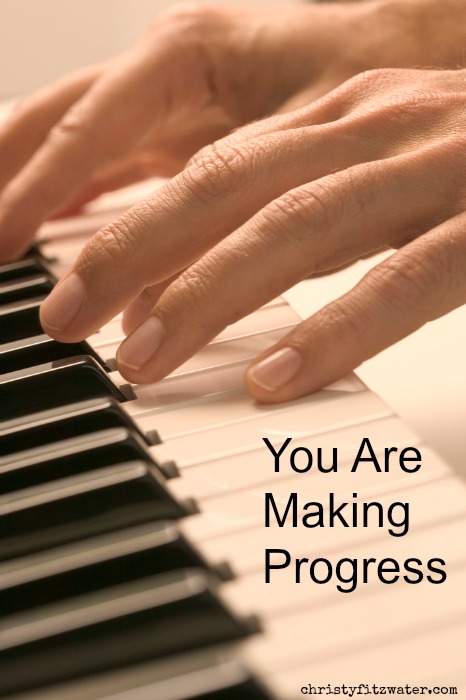 Let me say it again, just because it sounds as sweet as ice cream to the ears: WE ARE BEING TRANSFORMED.