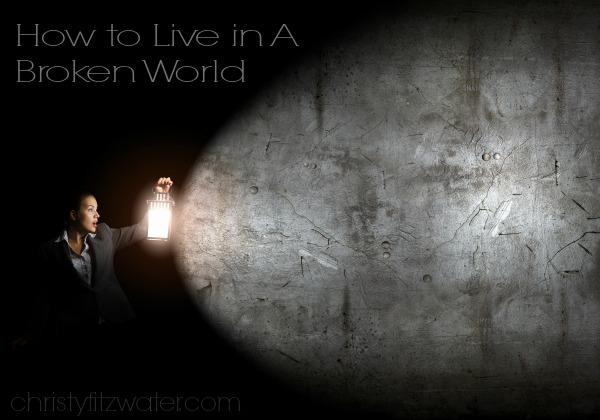 I published a segment of this post three years ago, but I have extended it and am sharing it again, because this message is on my heart.

Pollyana is one of my favorite old movies. A young girl comes to a stuffy, crabby town and transforms it with her cheerful outlook and her ability to see good where no one else can see it. She talks about how her preacher father looked through the Bible and found enough “glad texts” for every day of the year.

And now the U.S. Army is employing gladness as a preparation for soldiers before they go on tour of duty. The soldiers are taught to “hunt the good stuff.” Listen to this six-minute, intriguing interview on NPR entitled Classes Teach Soldiers to Be ‘Army Strong’.

Endure hardship with us like a good soldier of Christ Jesus. (2 Timothy 2:3 NIV)

Give thanks in all circumstances. (1 Thessalonians 5:18 NIV)

One way to study the Bible is to do addition. If we add these two verses together, what instruction do we end up with? I’m trying to absorb the idea that thanking God for the good in every circumstance equips a person to be able to endure hardship.

When I was young I read The Hiding Place, the story of Corrie Ten Boom whose family helped hide Jews in World War II, and they all went to a Nazi death camp because of it. She was annoyed when her sister thanked God for the lice in the camp. Betsy told her she was thankful because the lice kept the soldiers out of the barracks, which allowed the women to meet together to read the Bible and encourage one another.

Over the last few days, the Lord has sobered me about the times in which we live. I recently saw pictures of an elderly woman standing distraught in earthquake rubble in Nepal. Then I saw an image of a man smashing a police car window in Baltimore. Our family had a discussion about the scary demise of the honeybee. And just yesterday I saw a pornographic magazine right at the supermarket checkout and then went to a toy story where one of the featured games was titled with a cuss word in bold letters.

I can see my dad leaning his arms on his knees, after we watched a documentary on the holocaust in Nazi Germany.

These things will happen again, he said to me over and over when I was growing up. You need to look at them. You need to ask yourself how you will live when times are bad.

How will we live?

I want to be the Betsy Ten Boom of my generation. I want to know what is good and right and act on it. When everything is horrific all around me, I want you to hear me praising the Lord and thanking him for his blessings. The worse things get, the more I want to shine with the joy of the Lord.

Being able to endure hardship in a broken world means actively looking for God’s goodness in every situation, and that is a skill we can practice and hone to perfection starting this very day.

What can you thank the Lord for today?