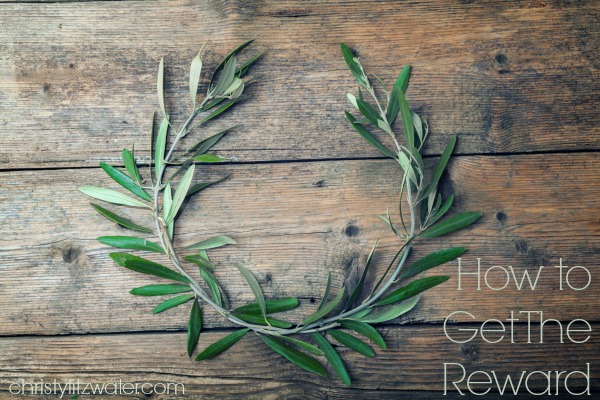 My husband and I attended a scholars ceremony where our baby girl received a letter for seven semesters in a row of maintaining a 4.0.

As she stood on the stage, I thought back to everything it took for her to get to this place…

Later, Matt and I sat on the living room floor, faces long. We were taking turns sighing with stress, listing the weight of responsibilities in just the next day. There was so much to do.

We needed a lesson from our daughter in how to keep going.

Blessed is the man who perseveres under trial, because when he has stood the test, he will receive the crown of life that God has promised to those who love him.  (James 1:12 NIV)

Jayme was rewarded with a pin for straight A’s and later with tens of thousands of dollars in scholarships. It was a very short list of students who had worked at such a high level of excellence for so many semesters in a row.

For followers of Christ, there is a crown of life waiting, and Jesus tells us there will be a short list of people who are willing to take that hard, narrow path.

We have to be willing to sign up for what is hard and give it everything we’ve got, every hour, every day, for years in a row.

There is a crown waiting.