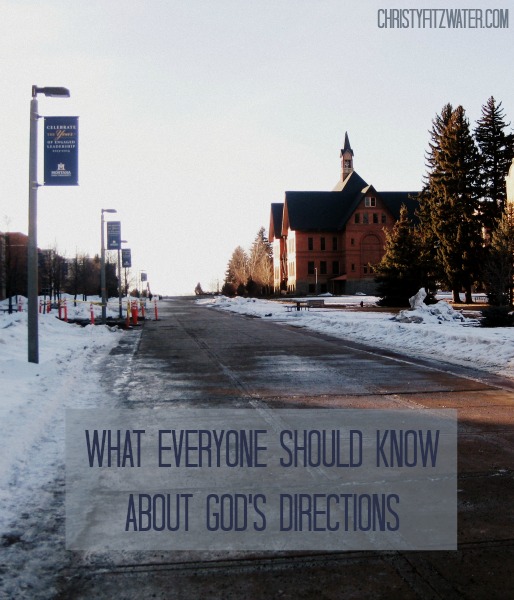 I dated two guys before I met Matt. The first was when I was in high school, and I was going to marry him. Then I found out in fourth period that he had asked my good friend to the dance. Those two are married now, so I guess that didn’t work out for me the way I was thinking.

I dated another guy in college and was going to marry him. Then he stood on the steps to my dorm and broke up with me.

My heart was broken both times, and I wondered why God allowed me to date those two great guys, if they were not the ones for me. I had been praying and seeking his will for my life.

So many times you feel positive something is a sure thing, but it’s not.

Of course, now I have loved this preacher man for a few decades, and he is exactly who I need and more than I ever hoped for.

Recently I was at a church dinner, and I was trying to help a 7-year-old girl find her way back to her seat. She was completely turned around in the room, and all the tables looked the same to her.

She started to go one way and I said, Cold. Colder! So she turned and started to head in the direction of her table.

Sometimes we try to go in a direction that seems right to us from where we’re standing, but God says, Cold. Colder. Colder.

So we double back and try another direction.

Isaiah says to the Lord’s people:

Whether you turn to the right or to the left, your ears will hear a voice behind you, saying, “This is the way; walk in it.”  (Isaiah 30:21 NIV)

The voice of the Lord comes from behind, and that is important to know.

That means we step out and put our feet down, sometimes many steps in a row, before we hear any clarifying direction or re-direction.

I feel frustrated because often I’ve prayed, Which way? and the Lord has let me walk 1237 steps down a painful road before he has turned me in a more pleasant direction. And I think he let me go that far and through that much struggle on purpose.

Why doesn’t the Lord go out ahead and wave us toward where we should go, so that we don’t make any miss-steps?

Because he wants us to trust him.

Because he wants us to go through some hard times, as a means of building perseverance and maturity in us. (See my stinkbug face?)

Because he wants us to pray with every breath, Lord, tell me where to go. Tell me what to do.

You know, I was giving that little girl directions, and I was good-willed toward her. I was watching very carefully to make sure she got to where she needed to go. And so we have to trust that God is good-willed toward us, with no malice in getting us lost or causing us harm.

Once we trust that God cares and understand how he is going to direct us, then our work is to be good listeners.

And maybe it’s not such a bad idea to start asking the Lord, Hot or cold?

100Shares
We use cookies to ensure that we give you the best experience on our website. If you continue to use this site we will assume that you are happy with it.OkayPrivacy Policy