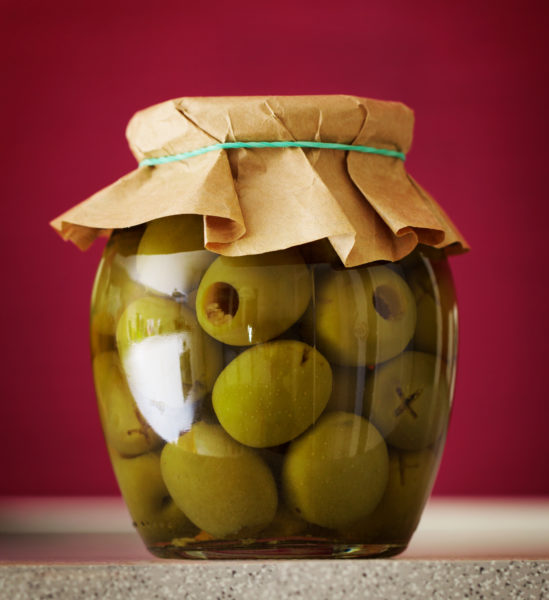 Of course, I had never even seen an olive tree before. Sagebrush and aspen trees were what I grew up with. But then we were in Israel, and there were olive trees everywhere, with ripe olives dropped and smooshed on the ground.

One cool evening, we sat on stones while Arie (ar-yeah) Bar David gave us a lesson in front of an ancient olive press. After I worked through my star-struck amusement that Arie’s scratchy voice and expressive gestures were just like Tevye from Fiddler on The Roof, I was able to absorb the lesson he was delivering to us. 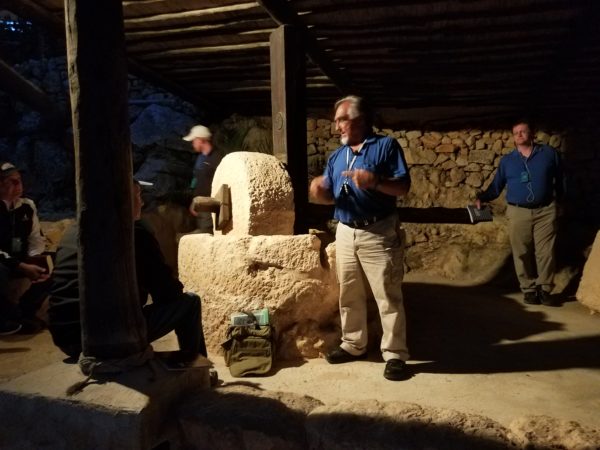 “You can’t eat olives straight from the tree,” he said. “They’ll make you vomit.”

He told us the ladies at the kibbutz preserve the olives so they’ll be edible. They put them in a jar and pour liquid and spices over them and then let them sit for seven days.

Then they pour out the liquid and fill the jar with fresh liquid and spices, letting it sit for another seven days.

“For a minimum of seven weeks they do this, until the olives are edible and delicious,” said Arie. “Like the human heart, the olives are full of bitterness, and it takes a long time to get this out.”

Raising his hands, he proclaimed cheerfully, “But God has time for this.”

I could hear the Israeli expression (my favorite souvenir), slowly, slowly, weaving its way into the story.

God has time for this.

Get rid of all bitterness. (Ephesians 4:31a NIV)

What Paul doesn’t tell us is how long this is going to take. Does his voice also sound like Tevye? I picture him talking with his hands and saying, “Slowly, slowly. Start to get rid of bitterness and keep getting rid of it. God doesn’t mind taking the time to draw the anger and hurt from your heart.”

If you’re struggling with bitterness against someone right now (maybe toward God himself?), go buy olives that have been preserved in a beautiful glass jar and set them by your Bible. Let the sight of them encourage you that a long process is not a bother to God. He has time for you.

61Shares
We use cookies to ensure that we give you the best experience on our website. If you continue to use this site we will assume that you are happy with it.OkayPrivacy Policy