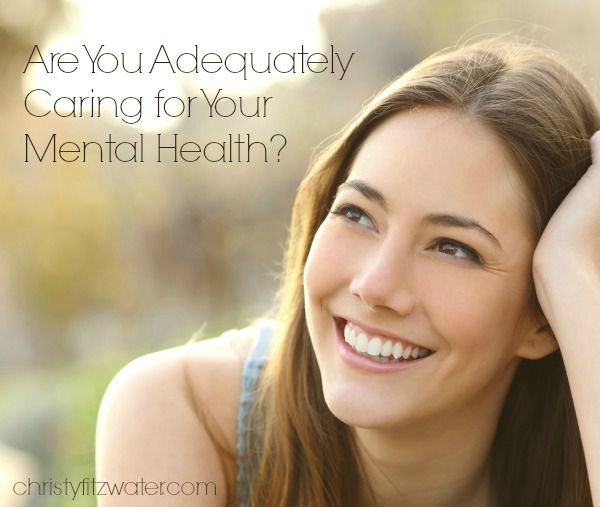 The doctor showed us two pictures. One was of a little boy on crutches. She said it was obvious that he was injured, and people at school would be offering to sign his cast and carry his backpack. The other picture was of a teenage girl sitting on bleachers, and the doctor told us she looked just fine but had a concussion we couldn’t see.

“Save the Brain,” they call themselves. It’s an organization that educates people about the needs of students who have concussions.

If the name weren’t already taken, I might steal it and re-brand my blog.

Paul David Tripp has had me thinking a lot about thinking. I’m now on my second pass through his book, Instruments in The Redeemer’s Hands, except this time with a highlighter. I never ever mark my books, so you know this is a big find.

We are always organizing, interpreting, and explaining what is going on inside us and around us. We all think, though some of us do it better than others.

Another Paul is on a mission to save the brain. He says:

We can look fine on the outside but have destruction going on inside our minds, much like those neurons the doctor was telling us about. They start to die when they’ve been violently jolted. The damage from a concussion spreads and sometimes doesn’t manifest itself in symptoms until 48 hours later. In the same way, one bad thought can cause death around it in our thinking –spreading damage into our minds.

Do you know the brain is the most fragile organ –like gelatin in substance?

I was kind of watching football with Matt the other day (trying hard to care), and I witnessed two players violently bash heads.

Matt told me it didn’t matter. They were being extra careful these days about head injuries and not accepting any actions that might cause one.

The brain is fragile but not just physically. It’s fragile in the thoughts we allow to pass between neurons as well. As followers of Christ, we are commanded to take charge of our thoughts and only think what is excellent, because anything else is dangerous.

Sometime in the next 24 or 48 hours, our thoughts are going to manifest themselves. People are going to see if our minds our healthy.

So are y-ou thinking well today?