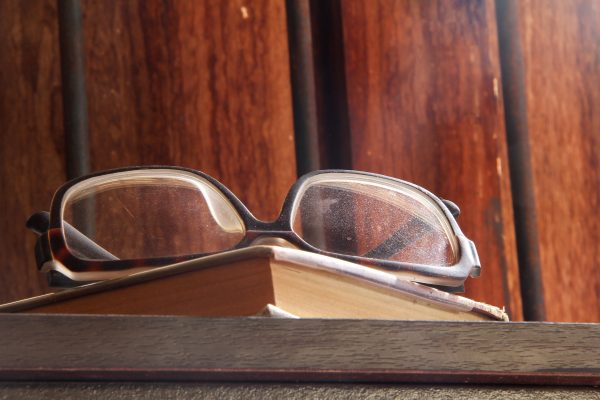 Those men of mine and I were sitting around the table ,on one cold evening during the holidays.

Caleb had his laptop, with headphones on, writing a song.

Matt was working the Mexican blanket puzzle that our friends thought was a good idea for a Christmas gift but which has caused us to think they have evil intentions toward us.

And I was hanging out and fiddling with the puzzle pieces, which got me in trouble.

“Hey, don’t move the puzzle pieces around,” Matt said. “I’m trying to keep track of what pieces I’ve looked for.”

I was mostly bored.

“I’m going to have to buy a new clock,” I said, as I lined up four puzzle pieces so their little round ends were touching. (I didn’t actually work on the puzzle, because it makes me slightly crazy when all the pieces look exactly the same.)

The big clock I got for mother’s day a few years ago had died over the holidays.

“I can’t read the numbers on the stove clock,” I said.

“You can’t read the numbers on the stove clock?” said Matt. “Oh honey, I’m so sorry. Should I say the “B” word?” Matt teased later, when I couldn’t read the score of the football game on TV.

I narrowed my eyes to slits and shot red-hot laser beams at him.

After that conversation, when I read the psalmist’s lament I totally got it.

When we can’t see the promises of God happening in real time, it’s not that God has failed. We just can’t see far enough.

Near sighted, they call it.

So I have this simple encouragement for you today, if you feel God’s promises are blurry and far away. It doesn’t mean he doesn’t care about you or that his words aren’t true. Sometimes we just can’t see very well and have to have patience until the fulfillment of promises gets closer.

The sky is crying today and so am I, as I weep for