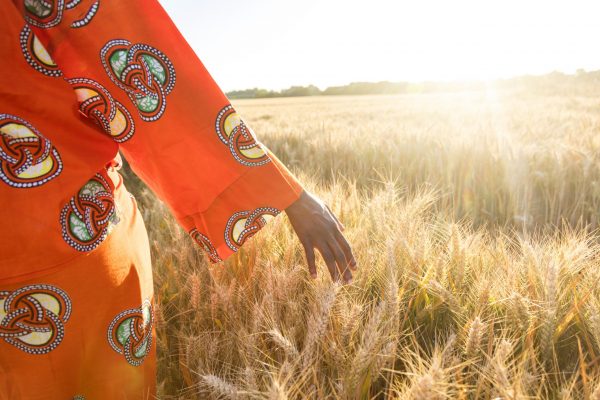 How did this white Montana girl end up on the equator in Uganda? Only by God’s design. But there I was, with my midwinter pale skin (which I refer to as “morgue white” when shopping for makeup), flying into the airport in Entebbe, Uganda: my first time to be in the minority.

First let me rewind to my grandma’s garage, though, where she set up impeccable rummage sales every summer, neater than a pin. I would sit next to her, helping bag items while she wrote down amounts on a yellow legal pad and flew fast fingers over the calculator.

“What a lovely purse you have,” she said to one Native American woman. The woman’s eyes lit up, as she looked Grandma in the eyes and thanked her.

After the woman walked out, grandma turned to me and said, “Always look for something to compliment.” And she did. People came in for bargains and left with smiles because Grandma intentionally saw each person, white or brown, and looked for something kind to say, even if it was just about something superficial. Grandma taught me to see people as works of art, to look at them closely and find the beauty in each person.

I took that ingrained way of thinking with me to Africa, where I was called “Mzungu” and was a fish out of water. I hunted for what was good.

Allow me to remember Africa out loud to you…

There were little kids who swarmed around me one night, before we started an outdoor worship service. They didn’t speak a lick of English, but it only took them two minutes to figure out that when they danced in front of me, I smiled and applauded their impromptu show. They touched my hair and scooted in close around me. We became comfortable friends, at a speed that can only happen with children.

During the week I was in Kampala, our team went to a little church, to teach a women’s Bible study. A stunning young woman met us at the door and took our backpacks (though we tried to insist we could carry them.) She led us across the dirt floor, past the benches with no backs, to a padded couch at the front of the room. After we sat down, she knelt in the dirt in front of us for a moment, as a show of respect. I’ve never felt so unworthy of honor.

There were two Daniels among our interpreters, and on the first day we met, one of them labored to confuse us about which Daniel we were talking to. The turkey. But I felt more at home knowing laughter and teasing was something we had in common.

We drove past open drainage ditches and burning piles of garbage and African women wearing colorful dresses, walking with a regal posture that left me breathless. I wrote the word “dignity” in my journal. (As I’m writing this, it makes me think of a black high school student I met when I was doing my student teaching. She had that same dignified bearing as she entered my classroom in Texas, a commanding presence that I will forever associate with African women.) 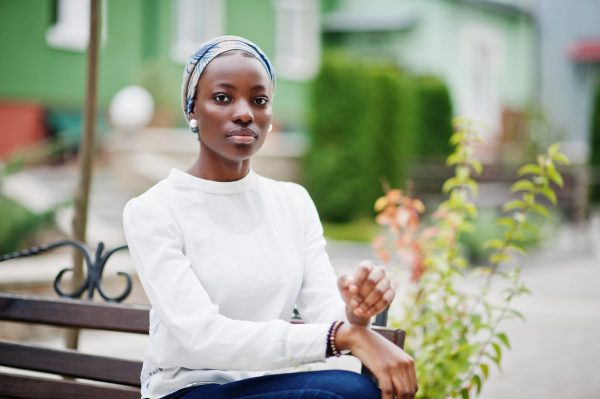 Our church was sponsoring kids at a private church school in Kampala, so we visited there. The classrooms looked like old barn stalls, with dirt floors, no electricity, and no amenities which we have in our schools here in the states. But the students were impressively respectful of us when we visited. Later we all gathered in the church, and the students sang worship songs that they danced to. The movement, joy, and energy in their music was something new and extraordinary to me.

As we waited to load up and leave the school, I watched a woman in a tiny hut across the way. It looked like she was selling goods out of it. There was no one there buying at the time, so she sat down on the doorstep and pulled her baby off of the dirt floor and into her lap. She was a beautiful mom enjoying a sweet cuddle moment with her little one, and I tucked that image away in my heart.

I could go on about my experiences in Uganda, but let me end with one last thing I witnessed that deeply impacted me. We went to our last open-air worship night, and we had a bag of candy left that we had brought from the states. Someone on our team started handing it out, but there wasn’t enough for all of the kids. I was mortified and saw the disappointment on the faces of kids who didn’t get any. About five minutes later I turned around, to catch one of the little girls with her hand open. She had broken up her piece of candy into maybe 20 tiny pieces and was carefully handing a piece to each child who hadn’t received any. My heart! In that one second I saw my American arrogance, thinking I was coming to Africa to be generous. Africa has its own generosity.

After arriving home from Uganda, I cried for months, every time I thought about my trip. I went to Africa to give but came back rich.

When we look at the current climate of protests and riots, with the pain and anger of the black community staring us in the face, what can we do?

Proverbs 11: 27 gives us this simple counsel:

He who seeks good finds goodwill.

Do we long for goodwill between the black and white races in our country? Then one action we can take, as individuals, is to seek the good within the black race. That word “seek” means “to be early to a task,” which means there’s an eagerness to get going on something.

Are you eager to be the first one up in the morning, looking for good among the black community?

Slavery infused an ugly, nasty evil into our culture, but it also did us the favor of bringing Africans to our country. Despite all of the evils done to those poor souls, there was unquenchable good the slaves brought with them. They were influential, despite their chains, and I am thankful. Can you imagine what America would be, without African culture being a part of it?

We can find the goodwill among the races that we long for, by taking Grandma’s advice and intentionally looking for ways to compliment them. Those good images will slowly begin to displace any bad images we have in our minds. Let us be eager to appreciate and find joy in the language, movement, energy, dignity, sense of humor, music, intelligence, artistry, faith, passion, and generosity that is a rich and powerful legacy of African Americans.

276Shares
We use cookies to ensure that we give you the best experience on our website. If you continue to use this site we will assume that you are happy with it.OkayPrivacy Policy