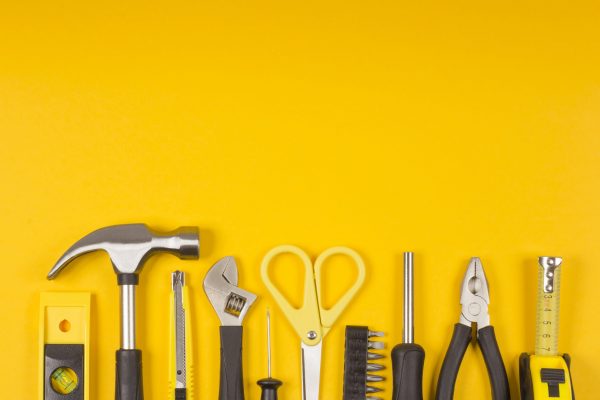 I paid $15.00 for a three-shelf unit for our garage. It was light enough that I could carry the box home in one hand. When I opened it and slid out the parts, there were several bags of varying kinds of pipes and screws labeled A through J. Seriously? I had to lay it all out on the floor and identify what was what on the instruction diagram before I could even begin to put it together. What I thought would be a few minutes of assembly turned into longer, and I won’t confess how much longer or what I had to disassemble and try again along the way.

As I sat on the floor surrounded by pipes, I thought, Woah, this is totally like the experience I’m having figuring out what in the world is happening with race relations in my country right now.

Except when it comes to race relations, there is a ridiculous amount of pieces and no instructions.

So, I’ve been working hard, putting my back into trying to piece things together. I’ve been praying and reading and listening, and the pieces are starting to fit, although I humbly say to you that I’m still in process and am determined to adjust my thinking as the Lord grants me more insight and wisdom along the way. But here is what I’ve learned so far:

There is real pain from past trauma for the black community. I’ve followed the Equal Justice Initiative on Instagram, and every day they post an article about an injustice that happened on that day in history. I am making myself read every single one, and it is excruciating. It makes sense that the trauma of slavery, lynching, injustice, terror, hatred, and humiliation would affect black families for generations. Deep wounds heal slowly. History matters, and not just history of 400 years ago but history of 20 years ago, and 10, and 5. We should start this journey of relationship by sitting in people’s pain. Compassion and a willingness to grieve alongside the black community is a humble starting place.

DON’T LUMP ALL BLACK PEOPLE TOGETHER

There is a rip current of terminology, and Albert Mohler says that whoever controls language controls culture. This terminology can come disguised as “Christian” but may or may not be biblically sound. The terminology may be good at its surface but underneath be a dangerous force. Here are terms I’ve heard since starting my journey of learning: Whiteness, critical race theory, black liberation theology, woke, white guilt, white fragility, virtue signaling, cancel culture, social justice, racist, racial reconciliation, and black lives matter. Terminology is a powerful rip current. How do you get out of a rip current? Swim perpendicular to it. Don’t just let it carry you out to sea. We need clear definition of terms and a wariness to let this kind of language control us, until we’ve determined it’s good, helpful, God-honoring language.

There are evil forces at work, with evil agendas, and they are taking advantage of legitimate pain in the black community. We have to think hard, to peel back surgically what is manipulative, in order to discern what is true underneath and address those issues.

A pointing finger of accusation does not mean the accusation is correct. There are loud and sometimes harsh criticisms against the white community, but that doesn’t mean we have to embrace all of them. We must humbly consider the accusations, with a willingness to admit what is true, and discard the rest. Only the Spirit of God has the right to convict of sin, not the voices of men.

There are a lot of black voices -intelligent, educated, well-spoken black voices. As I’m filling my social media feed with black, presumably Christian influencers who are speaking about current issues, I’m realizing I need to develop a radar of discernment with them. Some are speaking biblical truth and some are not. I’ve already unfollowed a few. Proverbs tells us we are to do everything we can to gain wisdom and understanding, and that means doing the work of figuring out who to allow to teach us.

KNOW THE SOURCE OF UNITY

I was listening to the podcast “Just Thinking,” and the two hosts presented an idea that rocked my thinking. They said there is only one race of people, stemming from Adam and Eve, and that the idea of separate races isn’t real. I’ve been hearing the word “race” all my life, and this is the first time I’ve considered that the term is fabricated by men. (See how insidious human terminology can be?) If I can look at a black person and say, “You and I are of the same race,” it feels instantly unifying to me. I love that.

Okay guys, this is what I’ve learned so far. It’s complex, but the most valuable endeavors in this life are complex. I hope something in here is helpful to you, as you seek to be a person of wisdom and understanding. May God help us to be humble, wise, and gracious.

172Shares
We use cookies to ensure that we give you the best experience on our website. If you continue to use this site we will assume that you are happy with it.OkayPrivacy Policy