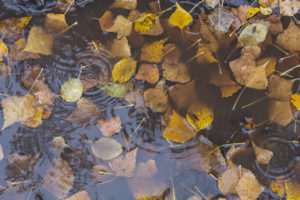 “The most incredible thing happened on Friday night,” I told him, “just before I fell asleep.”

“Well, I was filled with anxiety as I thought over my week of teaching, because my mind was doing its usual critical analysis of everything I did wrong. I was mentally rehashing all the little comments I shouldn’t have made to students, as well as the conversations I wished I had had. The fear of messing up their lives forever was twisting my stomach into a familiar knot.

“But then 1 Peter 5:7 (NIV) came to mind, ‘Cast all your anxiety on him because he cares for you.’ It hit me hard that I could not do that casting until I first was willing to admit that I was a weak person who messes up every week, and I did not like to say that.

“But I sure was sick of that plaguing anxiety. Lord, I said, I did some wrong things this week, and I’m so anxious about what effects my failing moments may have had on my students.

“Then I asked, Lord, can I really cast that anxiety onto you? Just confess my sinfulness, roll the whole mess of it into your hands, and then roll over and go to sleep?

“Wow,” said my husband. “That happened fast, because it took you like 90 seconds to go to sleep last night.”