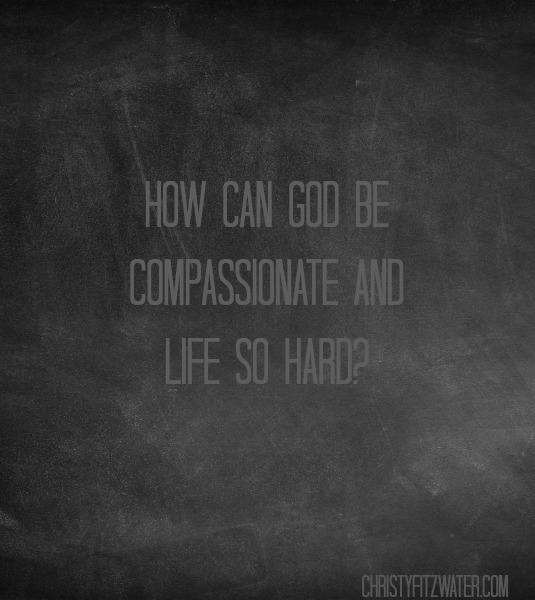 There is a window in the door of my classroom, and I’m going to have you look through it to watch my class over this last month. We have been doing one thing.

Day after day after day the same thing, in preparation for their final exam. First the students had to be able to conjugate 66 verbs ending in –ar. They had to retake that test until they mastered it. From my seat I saw heads hanging low and frequent looks of frustration.

As soon as they passed that test, I handed them the –er test to work on. It was a beast. Seems in language there are rules for how to say a verb and then 687,000 exceptions to said rule.

Then the –ir test.

Yesterday the last student passed this final test, after weeks of work. The movie Unbroken comes to mind.

Now let me tell you what was happening at home during this entire time. Picture the clock showing midnight, with Matt on the couch and me down on my knees in front of the couch, face planted in the cushion next to him.

You sound like a horse, he said. You’ve been blowing out sighs through your lips that way all night long. (When a young woman gets married, she hopes someday her husband will tell her she sounds like a horse.)

What if they don’t pass these verb tests? I said.

I’ve decided I hate finals, because I’m supposed to create a 90-minute assessment that shows a good sampling of what they’ve learned over an entire year, and how could that possibly not be a weighty task for students to accomplish?

How could it be anything but challenging and still be a good assessment?

So I’ve dug in my heels on these verbs, because I know verbs open the door to language. You’re dead in the water conversationally if you can’t maneuver your way around infinitives and tenses and subjects. Mastery of verbs is IT. This is language.

But I’m going to have an ulcer looking at their weary faces.

I would love to just get a big A, stamp it on their foreheads today, and take them all for ice cream. Finals be hanged.

This experience gives me a deeper understanding of James 1:2-4.

Consider it pure joy, my brothers, whenever you face trials of many kinds, because you know that the testing of your faith develops perseverance. Perseverance must finish its work so that you may be mature and complete, not lacking anything.

Isn’t it fantastic that God is determined we not lack anything?

I memorized Psalm 23:1 in Spanish. “El Señor es mi pastor, nada me falta.” (The Lord is my shepherd, I shall not be in want.)

Nada me falta: I lack nothing.

I’m ignoring my student’s misery. I’m ignoring the misery I feel for them. Because I don’t want them to lack anything vital when they leave my class.

So yes, life is a hard assessment, but God can care about how hard it is all at the same time.

Does it help to know that God loves you too much to lower the standard and make the trial easier? He cares too much about giving you everything you need to be a complete person.

If your trial is wearing you out, and sometimes you feel like God doesn’t care, try the mantra I’ve been saying around the house: