I stopped in Butte because I just had to stretch my legs. There’s a really nice Herberger’s in Butte, Montana, and I managed to walk around the store without opening my purse.

But then I called Matt when it was time to get back on the road.

So, how do I get back on the highway from Butte?

Why are you in Butte? Never stop in Butte, he says. Exasperated sigh.

Just tell me how to get back on the highway, I say. Exasperated sigh.

He tells me to take the sign that says north-east, but that doesn’t make any sense to me. I’m traveling from Montana to Wyoming. Shouldn’t I be going south?

Whoever makes signs should keep in mind that women will sometimes be reading them, too, I say.

I made it to Wyoming, you’ll be glad to know.

So when I got to church the next day, and the Wyoming preacher with the Louisiana drawl took us to 2 Thessalonians 3:5, I totally got it.

May the Lord direct your hearts into God’s love and Christ’s perseverance. 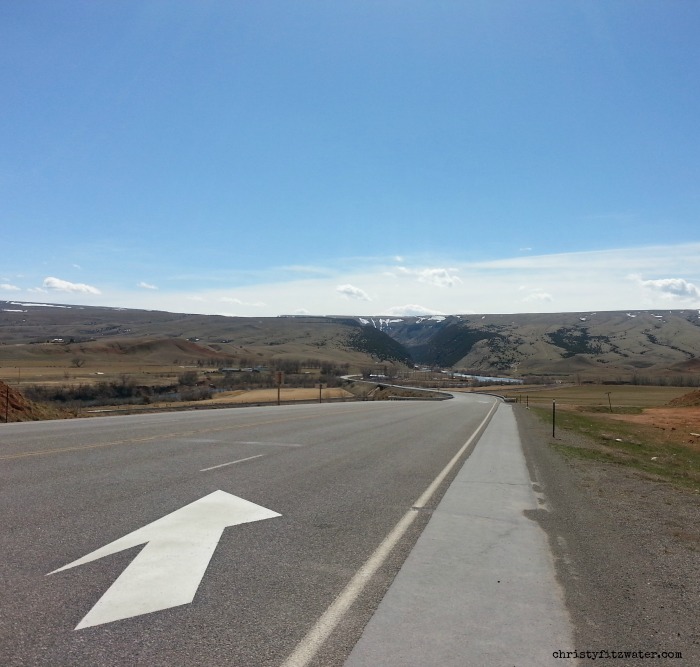 Direction –it’s what I need right now in this hard season I’m in. My Bible has all these signs about love and perseverance, but, well, you know sometimes you need someone to make eye contact with you and point the way.

Like the guy in the Denver airport last month, when I was hopelessly lost and had made three full circles trying to get where I was going -he must have seen my desperation, because he put on his best talking-to-a-5-year-old voice and said, Ma’am, do you see those trains down there?

Bless that man. Bless him, I say.

May the Lord direct our hearts into God’s love –with girl directions. Talking a little slower. Pointing. Landmarks. Maybe a personal escort.

Just help us get there.