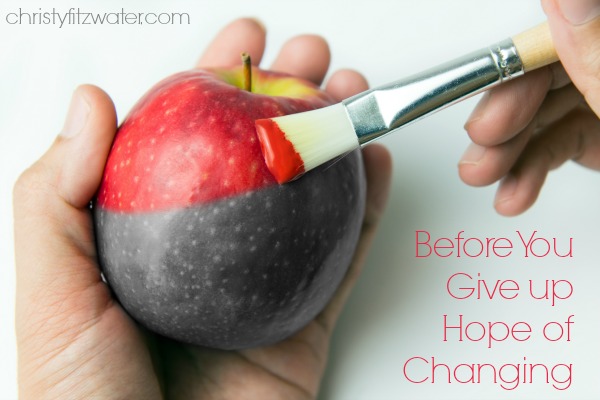 On Saturday, both my guys went to work, and I was left at home alone with a novel and a calendar that told me company would be here in two days. There were two bathrooms with garbage cans that weren’t quite tall enough for the amount of garbage they were holding. (This is a thing at your house, right?) And other rooms in my house needed attention, too.

But there was Dee Henderson and the O’Malley Chronicles, which I have read maybe six times but borrowed again from my mother-in-law. (I think they call that enabling.)

But I prayed against my lazy ways and begged the Lord to help me not get to the end of the day having only found out if Lisa and Quinn were going to get together (again).

Well, I did read some, but I also scoured two bathrooms and one guest room, plus I tidied the rest of the house and did some laundry.

Then on Sunday we were going to my mother-in-law’s house for lunch, and I was in charge of taking all the fixings for hamburgers.

Lord, could you help me do this well? I said. (I didn’t have to tell him where I was worried of messing up.)

There’s no way you can understand how God-glorifying these actions were. Not unless you’ve seen how many times I’ve thought about making a grocery list but haven’t actually written anything down. Or how many times I’ve made a grocery list and then have procrastinated on the whole store thing, which you can imagine negates the usefulness of said list. Or how intense my battle against tardiness has been forever.

So for Mother’s Day, I gave my mother-in-law cobalt-blue petunias and timeliness. The timeliness was actually from Jesus, but he let me write my name on the card.

Paul says to the followers of Christ:

We, who with unveiled faces all reflect the Lord’s glory, are being transformed into his likeliness with ever-increasing glory, which comes from the Lord, who is the Spirit.  (2 Corinthians 3:18 NIV)

We all have our daily battles for character, often in small areas that maybe don’t even seem to be that big of deal to other people.

We know we could improve in these things –that we could be more pleasing to the Lord and more honoring to others in our habits. It’s easy to lose hope that change is possible, but it’s true that we are being transformed in an ever-increasing way.

So what’s that “thing” for you? Go ahead and pray about it again, because God hears you and is going to do something about it over time.