Three women stand in a row, each one looking pensively at what is in her hands.

The first thinks short and goes at once.

The second thinks short and goes at once.

Slowly, feet dragging with worry and disappointment, she cradles what burns in her hands as she walks toward the garage.

Tucking a shovel under her arm, she drags her feet toward the end of the garden where only weeds are growing.

She slowly lets it drop from her fingertips into the cold dirt and covers it over with tears and soil.

There it is safe. There it stays.

But it will not grow.

And when he returns she will be surprised to know he is disappointed in what she has done. 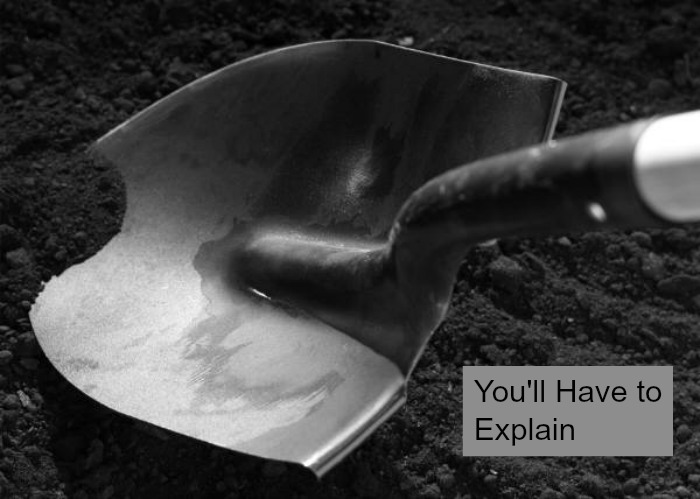 If only she had thought short and gone at once like the others.

There would have been risk.

But there would have been gain.

And he would have been so pleased.