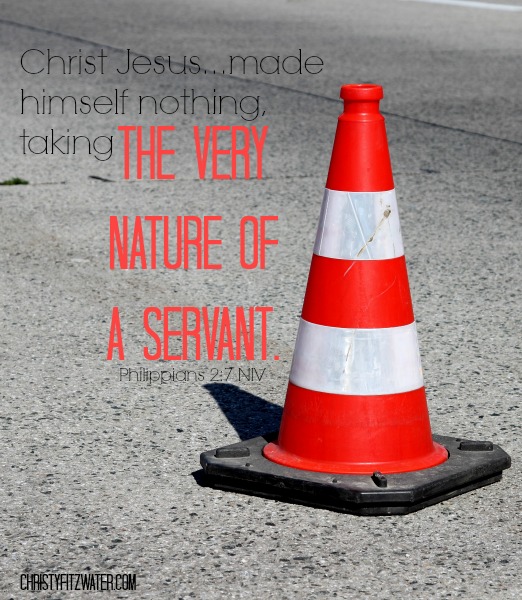 On Friday afternoon I went to the grocery store, and as I was going down one aisle I smelled something strong and yucky.

Looking up, I saw cones blocking off a damp section of the aisle.

My imagination had me thinking maybe they had cleaned up throw up. Was it throw up? As I walked by, the saliva ran in my mouth, and I had to laugh after I talked myself into a gag reflex.

I turned the corner, to see two wide-eyed teenagers with mops.

They were surrounded by orange cones and an aisle floor covered in liquid with a pungent odor. I could hear them trying to figure out where in the world the fluid was coming from, and they were anxious about the growing problem.

The fluid almost had a chemical smell, and now I am imagine I was exposed to some biohazard even worse than throw up.

Just outside of the wet zone was a man standing with his cart.

Can I get a manager over here? he yelled loudly.

It’s okay. A manager is coming to check this out, said the teenage girl.

Oh I don’t want a manager for that, he said with a tone of anger. I want to talk to a manager about why they can’t seem to keep the soda I like in stock. I talked to a manager before, and he said they would take care of it.

A few days ago I read a comment about something Pope Francis said:

If we’re going to fast from anything this Lent, Francis suggests that even more than candy or alcohol, we fast from indifference towards others.

Indifference is when your favorite soda isn’t in stock, and you have no room to sympathize with people only a few feet away who have a bigger problem.

It’s like my 2-year-old niece who doesn’t speak in full sentences yet. Often she points to herself and says, Me, me, me.

Mmmhm. I can make nice, long, compound sentences, but a lot of times they start just like hers.

I am infuriated by the self-centered attitude of the man in the grocery story, at the same time I’m afraid I might be just like him.

Paul says to the believers:

Each of you should look not only to your own interests, but also to the interests of others.  (Philippians 2:4 NIV)

So maybe you and I, even though we have plenty of our own struggles, can take Pope Francis’ suggestion. In these weeks leading up to Easter, we can fast from indifference towards others. I think that means keeping an eye out for the orange cones in the lives of other people.

And calling the manager for their sake.