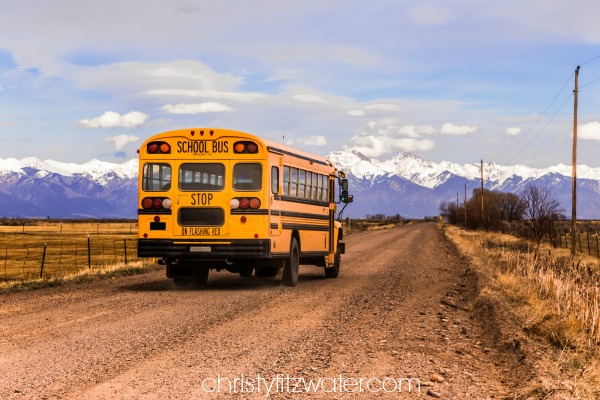 “I’ve got to run and get paint supplies,” I said to my son.

“Do you want me to go with you?” he replied. A heroic offer, since he had just relaxed on the couch to watch a sitcom. He turned off the TV before I had even answered, and we hopped into the car.

On the way to the hardware store, we saw some kids who had gotten off at the bus stop after school. Caleb reminisced about his first year of high school and the horrible experience of riding the bus every day.

“Riding the bus built character in you,” I lectured. He looked at me sideways. “See what a wonderful guy you are now? Bus riding.”

We went to Home Depot, and I suffered decision paralysis in the paintbrush section. He waited patiently. Then we checked out, and I realized I had forgotten something, so back we went. “Thanks for sticking with me,” I said to him.

Matt had come home early to paint house trim, before a week of rain set in, and Caleb and I finally got home with the paint supplies. But then I realized I had forgotten the paint scraper.

So I went to a friend’s house, and they didn’t have one. I drove to the hardware store again, except with a rising blood pressure. Why does everything have to be so hard sometimes? I thought.

“Building character,” my son would say.

In Romans 5:3-4, Paul tells us we should rejoice in our sufferings, “because we know that suffering produces perseverance; perseverance, character; and character, hope.”

Riding the bus to school and making two trips to the hardware store –not the greatest suffering in the world, but it feels like it in the moment. It’s easy to get grumpy, and grumpiness doesn’t refine character and certainly does not lead to hope.

Instead will you rejoice in your hard day because you know what it can produce in you? How will you persevere? What character trait is the Lord cultivating in your soul? When your heart grows in character today, how will that produce hope for the days to come?