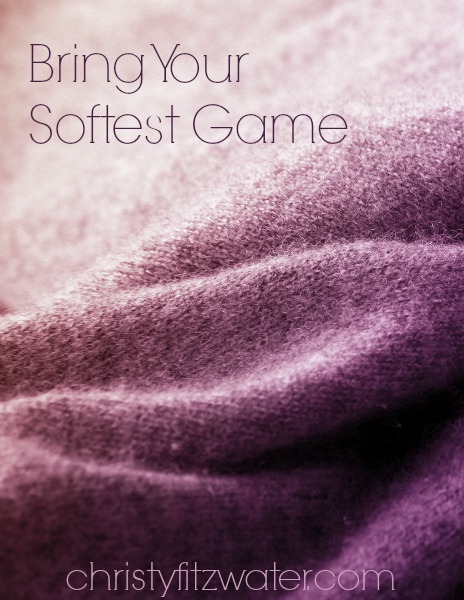 It’s this horrible intersection close to our house, where a gas station entry is way too close to the light, so you’ve got cars sitting at the light and other cars coming and trying to enter the gas station. Messy business.

On Friday, I was sitting at the light waiting for it to turn green. A truck came around the corner, and the guy acted like he was going to steer right into me. For a second I thought it was our good friend who lives close to us, and he’s always joking that way.

Then I realized the guy was trying to get my attention. He obviously didn’t think I had left him enough room to enter the gas station.

So he jerked his truck like he was going to hit me, and when I looked his way he threw his hands in the air and was obviously cussing me out.

Paul writes a letter to Timothy and tells him:

But mark this: There will be terrible times in the last days. People will be…abusive.  (2 Timothy 3:1,2 NIV)

These words are true. I see the families from Syria piling in rafts, because the possibility of drowning or landing on the shores of Greece with nothing but the clothes on their backs seems like a better choice than facing the cruelty in their own country. And at the gas station I realize the darkness of men’s abusive hearts is not as far away as I hope it might be.

As I sat at that stop light, shaking from such a nasty encounter, I asked God to help me be as soft and warm as that driver was hard and cold.

If all we do today is speak gentle words and use a kind touch, we are bringing hope to the world in a powerful way. Because if cruelty can displace a few million people, what might kindness and patience accomplish?

Giving people room instead of veering in.

Arms hugging instead of thrown up in anger.

Words encouraging instead of cussing up a storm.

This is the warmth of Christ we have to offer to people. Let’s not underestimate how one gentle encounter might affect someone’s life.