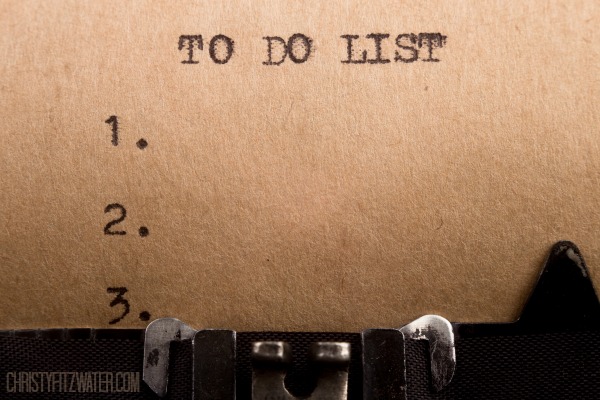 I watched Gettysburg and General Robert E. Lee’s anxious eyes on the eve of battle, as he spoke with southern drawl, “With the enemy out there up on the hill, they’ll be ready to finish the job. But I don’t even know how much is up there. How many men? How many cannon? I don’t know the ground or the flanks. I don’t know.”

Matt had geared up all week for a very full Friday. As he left the house early that morning, I prayed silently that God would give him the strength for the day.

Two hours later he was calling home. “I don’t feel good,” he said. I suggested he cancel his lunch appointment. Five minutes later he called again, “I really don’t feel good.” So he came home with one of those nasty winter viruses that has been going around, and I tucked him back into bed.

That explains why I spent Saturday afternoon watching Gettysburg with the sickie. Check that off the to-do list.

Then came the weathermen (a.k.a. liars.) “Biggest storm in decades,” they said. “Expect an artic blizzard to move in Sunday evening and bring another two to three feet of snow.” So I went outside with the roof rake and pulled the mountains of snow off of the roof, to prepare for the next load.

But that storm of the decades went north and went south, and we got just a light snow and a few blasts of cold wind.

I kept hearing General Lee’s words in my head. “I don’t even know how much is up there. I don’t know the ground or the flanks. I don’t know.”

I worshiped the Lord in all of this.

Lord, I prayed. We just don’t know anything. We plan and gear up for what we think is coming, but we don’t really know how things will turn out.

Trust in the Lord with all your heart and lean not on your own understanding.  (Proverbs 3:5 NIV)

We are dependent, and this is the sweet spot of faith –not knowing, which leaves us the two options of great anxiety or leaning all of our weight on the Lord.

So we make plans for this week, but I pray we will not lean too heavily on how we think things will go. May we trust the Lord, even if he asks us to put down our own lists and do something unexpected.