Even though I became a writer who maneuvers words more easily than numbers, I’m glad dad made me take high school physics.

Yesterday I mowed the lawn and hefted a heavy bag of grass into our already-stuffed dumpster. With today’s trash pickup in mind, I grabbed the handle of the dumpster and pushed against the bottom of the dumpster with my foot.

The first attempt to tip the dumpster back was a fail. It was so heavy.

On the second attempt, putting a little more grunt into it, I was able to tip the dumpster back with my foot so it rested on its wheels.

Then I pushed all that weight to the curb like it was nothin’. 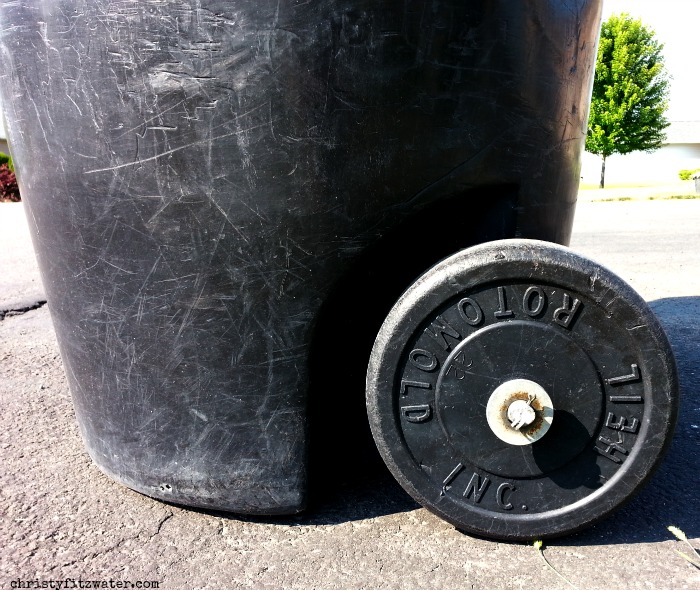 That was when I stopped to worship the Lord who created leverage –the ability to move a much greater weight, on force-multiplying wheels, than one could normally move under one’s own strength. (Don’t ask me any questions. That’s where my knowledge ends.)

I was thinking about a huge task the Lord has put in front of me for this coming year and how daunting it is.

But doesn’t the Spirit of God act like large-diameter wheels?

The task is heavy.

But God is a force-multiplier.

So we rest the weight of the load on him and voila! We’re doing way more than we should be able to do.

Is the Lord asking you to do something beyond your ability? Beyond your strength?

No worries. The creator of the laws of physics is ready to move the load as soon as we shift it to him.