I’m driving my daughter’s car, a 1994 Honda with tires more valuable than the body. My son is driving my nice car that is only five years old, because the speedometer works in it.

So I’ve been driving for a few months, in the car in which I have to guess my speed.

Well, do you know what happened tonight? I actually got to drive my own car, which looks like a teenager happened in it. I was driving down a hill, looked down, and realized I was going 10 miles under the speed limit.

(And there are some friends out there who are going to raise an eyebrow.)

Paul says, “For sin shall not be master over you, for you are not under law but under grace.” (Romans 6:14 NASB)

Grace is having the speedometer removed, a glorious freedom from regulation, and being able to live better than the limit ever intended. 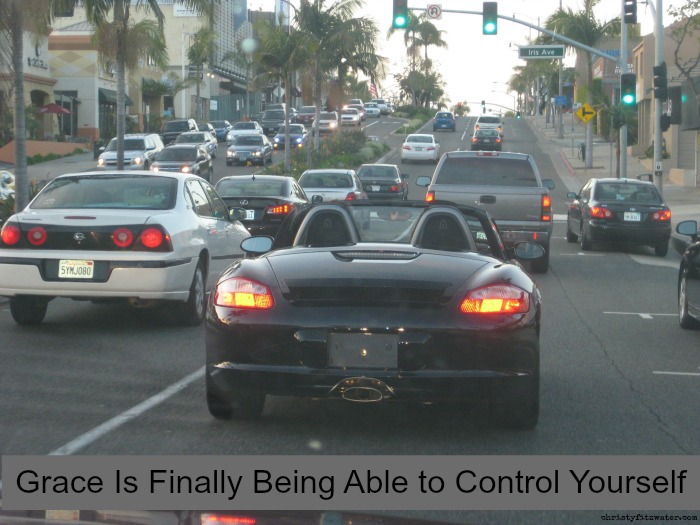 Welcome to life in Christ, where the rules were nailed to the cross and the Rule Maker is now the one driving your heart.