The favorite Tazo tea in our cupboard is “calm”.  I guess if you steep the teabag long enough it soothes your very soul?

I was just reading about John and Charles Wesley who played huge roles in the first American Great Spiritual Awakening.  They were traveling from Europe to America when a huge storm came up that could have sunk the ship.  Joel C. Rosenberg, in his book Implosion, says:

“Everyone aboard was terrified -all but a group of Moravian Christians.  These Moravian believers didn’t seem bothered by the wind or the waves.  Rather, they sang songs and remained calm through the entire ordeal.  The Wesley brothers were intrigued by such depth of faith.”

It was the example of these believers that resulted in the Wesley brothers choosing to follow Christ.

So here we are in a great storm in our country, with financial and moral crises.  And we add to that cart of trouble our own personal struggles with health and relationships and money, etc.  How are we reacting?  Are we panicking?  Depressed?  Anxious?  Angry? 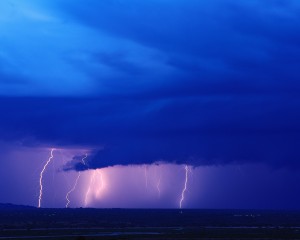 We find another storm of long ago in which the followers of Christ wake up Jesus and say, “Master, Master, we’re going to drown!”

Jesus “got up and rebuked the wind and the raging waters; the storm subsided, and all was calm.  ‘Where is your faith?’ he asked his disciples.”  (Luke 8:24-25  NIV)

What if the Moravian believers was a group of girlfriends heading to the Americas on a journey together.  When the storm came up they all gathered together, because that’s what girls do, and one of them said, “Let’s have some faith.”  So they sat close, and one of them started singing a worship chorus.  One woman singing those words out loud provided a little courage to the woman next to her.  That woman joined in the singing, and pretty soon the truth settled the souls of the whole group until they were perfectly calm.

But what if we were to stay close and sing a lot about God’s power over storms?  What if our calm were part of the story of change for an entire country?