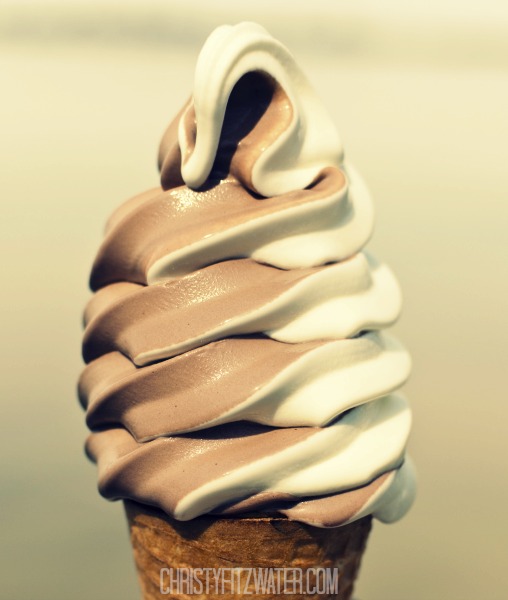 I have another smokin’ hot car story. Really hot. Caleb called the day before he was to fly home for Christmas, reporting that he was driving and his car started smoking. He babied it back to his apartment and left it to sit over the Christmas holidays.

So there I was, in the middle of the biggest spending time of year, with news that a big car repair might be in our future. But I have the most amazing story about not worrying –a turning point in my soul.

Before getting the smoking car phone call, I had recently finished writing a Bible study for our church on the book of Mark and was ankle deep in writing the next Bible study on the book of 1 Peter. Two new ways of thinking had entered my life, as I studied these books, and they profoundly affected how I responded to the bad car news.

God is at work ahead of us in our future, lining things up and making provisions. He’s already on it.

Remember the ladies who were going to anoint Jesus’ body after his burial?

Very early on the first day of the week, just after sunrise, they were on their way to the tomb and they asked each other, “Who will roll the stone away from the entrance of the tomb?”  (Mark 16:2 NIV)

As I read this, I was thinking of my own widowed mother and how frustrating it is when she simply doesn’t have the muscle or the know-how to do something. We’ve talked a lot about how sometimes you need a man’s help.

So I was picturing those ladies with brows creased, wondering what men they could convince to muscle the stone out of the way. But God had gone ahead of them to solve their problem. I imagined that lone angel flicking the massive stone out of the way and then plopping himself down on top of it. Ain’t no big thing.

Just say no to strong emotions.

In my study of 1 Peter, I had found two new words and had slid them into my scabbard in the event of enemy attack.

Now back to the phone call from my son. After hearing the news, I sat on the stairs, where I settle to do a lot of my thinking. First, I felt the strong emotion of worry coming at me head on, but no! No, I would not be influenced by that emotion.

Can you even imagine that we have the ability to refuse to allow an emotion to take charge?

Instead, I chose to be rational in the moment and to think.

Thinking is different than feeling.

And in my thinking, the women and the stone came to mind. So I rationally applied the truth of that story to my own situation.

So I did not. I did not worry, and a person cannot fake the peace and complete calm that I felt about that car.

And swirled in with the calm, like a soft-serve twist cone, was an amazing love for and intimacy with the Lord, as I smiled at him, leaned into his strong arms, and said, “I trust you. I totally trust you.”

Happy ending: My brother-in-law worked out repairs with a mechanic who offered us a sweet deal. We were ecstatic and so relieved at the low price. Then Caleb went to pick up the car, and the mechanic had accidentally brought the car down on a ladder, putting a crease in the bumper. He fixed it as best he could and refused to allow Caleb to paying anything for the repairs. It was all free.

Not everything in our lives turns out this peachy, but I’m telling you that God was out there taking care of what we needed before we ever approached that point in time.

So I pray for you today, that you will embrace the amazing truth that God is at work in your future. I pray you will believe he’s already on it, whatever “it” is. And I pray you will refuse to allow your emotions to bully you. May the Lord help you become a person who thinks and leans on Bible truth instead of freaking out.

298Shares
We use cookies to ensure that we give you the best experience on our website. If you continue to use this site we will assume that you are happy with it.OkayPrivacy Policy