We thought a lot about wounds last month.

A few weeks before my daughter’s wedding, my husband slipped from the bed of his truck and sliced his shin open. It was a deep cut. The doctor said it needed stitches, but because it was filled with mud from the filthy dump he didn’t want to close it up.

Ten days later the wound started to ooze. (You’re not eating breakfast while you read this, I hope.)

Ooze is a great word.

So Matt went back to see the PA who was deeply concerned and immediately prescribed an antibiotic. She told him to keep a close eye on it, and then said scary things about how bad this could get and something about the Wound Care Center. That was three days before the wedding –good times. 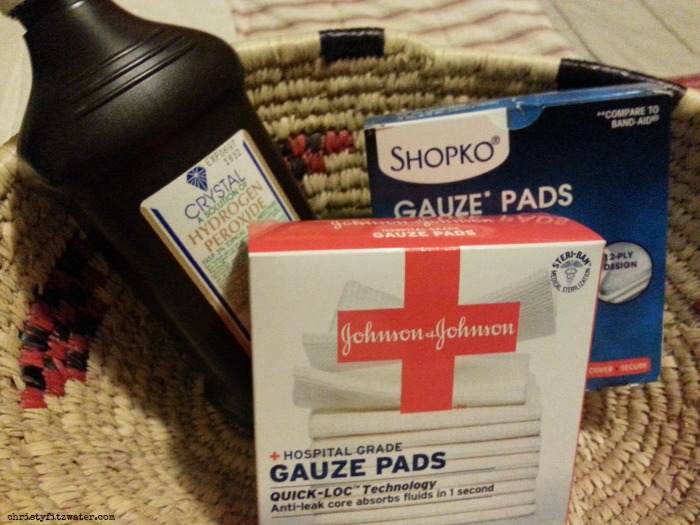 Before the wedding, Matt spent a lot of time putting hot compresses on his leg and resting it, as well as taking an antibiotic four times a day. (These things were not on my wedding to-do list.) By the time he needed to walk that girl down the aisle, the wound had stopped oozing (sorry –just had to say it one more time) and the leg felt much better.

Anyway, I was reading today in Jeremiah about the people’s rejection of the word of the Lord, and the Lord says this about the deceit of the prophets and priests:

They dress the wound of my people as though it were not serious.  (Jeremiah 8:11 NIV)

After the wedding, my aunt returned home, to find her diabetic husband severely ill with a gangrenous wound. She rushed him six hours away to Salt Lake City, with orders to have his leg amputated. A resident physician there tried to clean the wound and said she was going to send him home with an antibiotic.

We were all incredulous. How can you look at a foot consumed by gangrene and order an antibiotic?

The next day a doctor was giving orders for amputation. (Which has been performed and is healing well, by the way, thank the Lord.)

So yes, much sobriety about life-threatening wounds at our house.

All of this leads me to two questions: What wound do we suffer from because of rejection of God’s wisdom in some area of our lives? And are we treating that wound flippantly?

Some things need more than a Band-Aid.

Kalispell to Central Texas and back again in 10 da

Valentines Day just happens to be day eight of dri