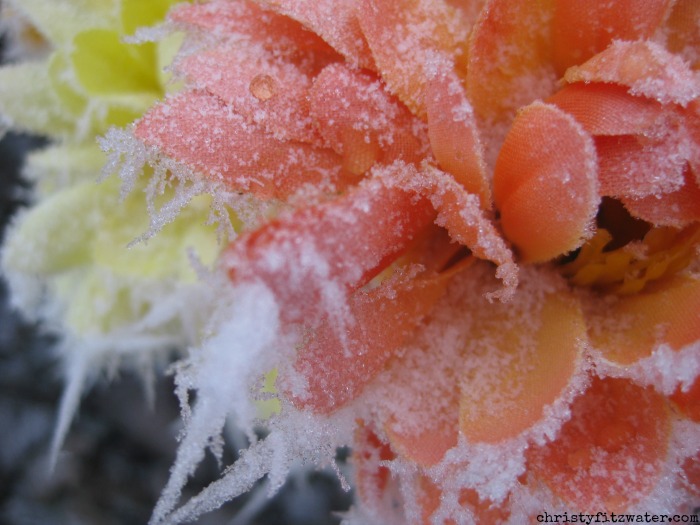 Somewhere mid December it hit, and the laugh that came out of my throat was the kind that makes the other person in the room call for one of those jackets that goes on from the front and ties in the back.

I had been brave and exposed on too many fronts for too long.

After writing over 500 blog posts in two years (the word count equivalent of three books on the shelf), I was starting to sit with a glassy-eyed expression at the computer. Exposing my inner soul to all of you was the most rewarding and the most fearsome thing I had ever done that many days in a row.

Then I started teaching Spanish this past fall, and I would have to take a deep breath and square my shoulders before my classroom door exploded open with adolescents every day. Plating foreign words in a way they would desire to eat them is now ranked second to childbirth in level of difficulty. Then I fell in love with the faces, personalities, and quirks of every single one of those students, and teaching became a terrible-wonderful burden.

And then there was this little women’s Bible study I thought it would be delightful to teach and that I committed to before I was hired to teach Spanish. I had to use both hands to pull down the toggle switch in my brain to go from Spanish lesson plans and grading papers to writing good discussion regarding the letter to the Colossians. I had to pull myself up tall in front of those ladies and present God’s truth to them, a task which weighed as much as the first wheat bread loaves I ever made from scratch.

Did I mention, too, that our daughter got engaged in December? My sweet little firstborn baby? Her boyfriend asked for her hand in marriage before Thanksgiving, and I cried for the better part of two weeks, mostly at the word “mother-in-law”. (Aren’t mothers-in-law way, way older than me?) What courage it takes to watch your little girl hang ornaments on the Christmas tree in your house for the last time. Next year it will be her tree. Her house. TISSUE!

Oh my, I was so tired of being courageous.

The Bible study ended. School ended. I finally got used to the idea that a wedding was coming. And I decided to take a few weeks off from blogging.

Because God means for us to be brave.

But God also allows a person to quiver with exhaustion.

Elijah “went a day’s journey into the desert. He came to a broom tree, sat down under it and prayed that he might die. ‘I have had enough, Lord.’” (1 Kings 19:4 NIV)

God let Elijah sleep and eat and sleep and eat. No tasks. No brave confrontation of dangerous people in front of a big crowd. He just rested.

That’s what I did for a few weeks. I watched my favorite version of A Christmas Carol and cried when Scrooge raised Bob’s salary. I read a Dee Henderson novel just for fun, laughed at my adorable nieces and enjoyed a happy house full of family, where the biggest responsibility of the day was to make my husband’s favorite spinach dip.

Today I found I was back to my old self, which means I was parked in front of Costco, digging for a pen in the car glove box because I had a blog post idea bubbling up inside me that I had to write now.

It feels good, you know, to look back on a hard season and see meaningful work accomplished. Tired is good when you’ve been sweating to shine a bit of light in this dark world.

So a message for you, dear friends: God means for you to do big things that make you just the slightest bit or hugely uncomfortable. What big and marvelous work he wants to do in your soul and through your soul for the sake of others.

If you’re tired, I know. I totally know. Keep going. Be brave.

Or maybe it’s time to have a good cry and allow God to feed you for a wee bit.

Then back on with the cape, sisters.